“[I]nternational discussions often seem marked by a relativistic logic which would consider as the sole guarantee of peaceful coexistence between peoples a refusal to admit the truth about man and his dignity, to say nothing of the possibility of an ethics based on recognition of the natural moral law… The bitter fruits of this relativistic logic are sadly evident: we think, for example, of the attempt to consider as human rights the consequences of certain self-centred lifestyles; a lack of concern for the economic and social needs of the poorer nations; contempt for humanitarian law, and a selective defence of human rights.

“It is my hope that your study and reflection during these days will result in more effective ways of making the Church’s social doctrine better known and accepted on the international level. I encourage you, then, to counter relativism creatively by presenting the great truths about man’s innate dignity and the rights which are derived from that dignity. This in turn will contribute to the forging of a more adequate response to the many issues being discussed today in the international forum. Above all, it will help to advance specific initiatives marked by a spirit of solidarity and freedom.”

(Pope Benedict XVI, Address at the Forum of Catholic-Inspired NGOs)

“[T]hose who are called to be with our divine Savior victims of love and obedience for the salvation of mankind, and to lead a life of virginal chastity, and of exemplary detachment, interior and exterior, from the empty riches of this world… will be called upon one day not only to place all their talents at the service of the sacred ministry, but even to sacrifice many lawful desires, and endure hardship and persecution in carrying out faithfully and generously the work of the Good Shepherd.

“Every true minister of Jesus Christ must be able to say with St. Paul: To the weak I became weak, that I might gain the weak. I became all things to all men, that I might save all. I do all things for the sake of the Gospel, that I may be made partaker thereof… Docility and fidelity to the divine call are indispensable for anyone who wishes to cooperate more intimately with Jesus Christ in the salvation of souls and to assure himself a more splendid crown of glory in eternity.”

See this online ebook and audiobook:

See also the following ebooks previously posted in the Project:

In solidarity with the observance of the Memorial Day for the Victims of the Communist Dictatorships in Hungary. For other texts relating to the persecution perpetrated under Communism, see Part II. Historical Persecution: Attacks on the Church and the Faithful: Under Communism of our index page Anti-Catholicism and Persecution. For other online texts and legally free ebooks, you may access the List of Free eBooks (Arranged by Title) and the List of Free eBooks (Grouped by Subject).

“The Church of Silence will never understand the kind of diplomacy which would make it possible for the atheists to rejoice over the fact that the Vatican itself disagrees with those priests and laity who are struggling and suffering for the Fai[t]h. In return for diplomatic concessoins [sic], the atheistic government can promise much, sign the most beautiful treaties, but these will remain a dead letter, like the Declaration of Human Rights, which the atheistic government signed.” (Chronicle of the Catholic Church in Lithuania, No. 10)

“Your nation now faces probably the hardest ordeal of its history. Do not lose heart. Injustice, wrong and crime will never be transformed into justice, right and blessings merely by the fact that a long interval has elapsed. Have confidence, pray and renew yourselves spiritually and your country and your nation will be restored to freedom and dignity. Do not hate; the more and better we pray for our persecutors, the sooner will their hearts be converted to what we pray for.” (Joseph Cardinal Mindszenty, Letter to the Lithuanian People, 1975)

See these other texts on the impact of Catholic Christians on health care, especially the beneficial and epochal role of religious sisters devoted to the care of the sick:

“The word of Jesus Christ is fruitful, it stirs many souls to dedication and fidelity. The life and conduct of those who serve God have changed history. Even many of those who do not know our Lord are motivated, perhaps unconsciously, by ideals which derive from Christianity.” (Saint Josemaria Escriva, Christ is Passing By)

Posted on the Feast of Saint Peter Damian in the Extraordinary Form of the Roman Rite, in prayer that the shepherds of the one true Church may heed his call for the reform of the morals of the clergy, through the grace and truth of Christ our Lord. For other online texts and legally free ebooks, you may access the List of Free eBooks (Arranged by Title) and the List of Free eBooks (Grouped by Subject).

“He who looks upon those entrusted to him with the love of God and, in his spiritual ministry and Christ-like way of life, orients himself after the high priest whom he serves: such a man is the true pastor. The good shepherd distinguishes himself from the hireling because he loves men with the heart of Jesus and Mary and because he lays down his life for the flock. The apostle is collaborator of God, servant of Christ, steward and dispenser of the mysteries of God (1 Cor 4:1; 2 Cor 6:1). He is about one thing only: knowing the fear of the Lord, to win men for Christ (1 Cor 5:11).” (Gerhard Cardinal Müller, Homily on 15 September 2018)

Posted on the Feast of Chair of St. Peter, in earnest prayer that his Barque may be soon delivered from the storms of sin and error, through the grace and truth of our divine Lord Jesus Christ. For other online texts and legally free ebooks, you may access the List of Free eBooks (Arranged by Title) and the List of Free eBooks (Grouped by Subject).

“The power of teaching in the Church involves a commitment to the service of obedience to the faith. The Pope is not an absolute monarch whose thoughts and desires are law. On the contrary: the Pope’s ministry is a guarantee of obedience to Christ and to his Word. He must not proclaim his own ideas, but rather constantly bind himself and the Church to obedience to God’s Word, in the face of every attempt to adapt it or water it down, and every form of opportunism…

“The Pope knows that in his important decisions, he is bound to the great community of faith of all times, to the binding interpretations that have developed throughout the Church’s pilgrimage. Thus, his power is not being above, but at the service of, the Word of God. It is incumbent upon him to ensure that this Word continues to be present in its greatness and to resound in its purity…” (Homily of Pope Benedict XVI at the Mass of Possession of the Chair of the Bishop of Rome, 7 May 2005) 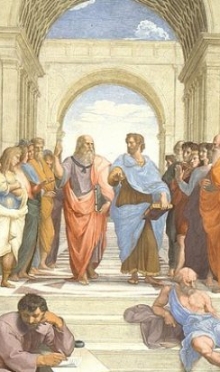 “For the wrath of God is revealed from heaven, against all impiety and injustice of those men that detain the truth of God in injustice. Because that which is known of God is manifest in them. For God hath manifested it to them. For the invisible things of him, from the creation of the world, are clearly seen, being understood by the things that are made: his eternal power also and divinity: so that they are inexcusable.” (Romans i, 18-20)

“Unlike other great religions, Christianity has never proposed a revealed law to the State and to society, that is to say a juridical order derived from revelation. Instead, it has pointed to nature and reason as the true sources of law – and to the harmony of objective and subjective reason, which naturally presupposes that both spheres are rooted in the creative reason of God.” (Pope Benedict XVI, Address to the Bundestag) 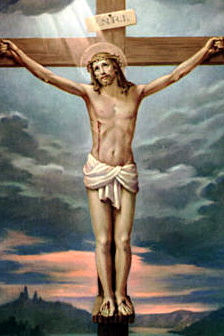